A plan for nearly 200 more apartments in Manchester took another step forward last week with the closing of the neighborhood’s latest land deal.

The company paid $1.73 million for the 1-acre assemblage bounded by Hull, Bainbridge and West Seventh streets.

It bought the land from local developer Jeremy Connell, who’d owned it since 2011. The deal closed Oct. 22. The city most recently assessed the land at $1.5 million. Connell has projects in the works elsewhere in the city, including one along Tobacco Row. 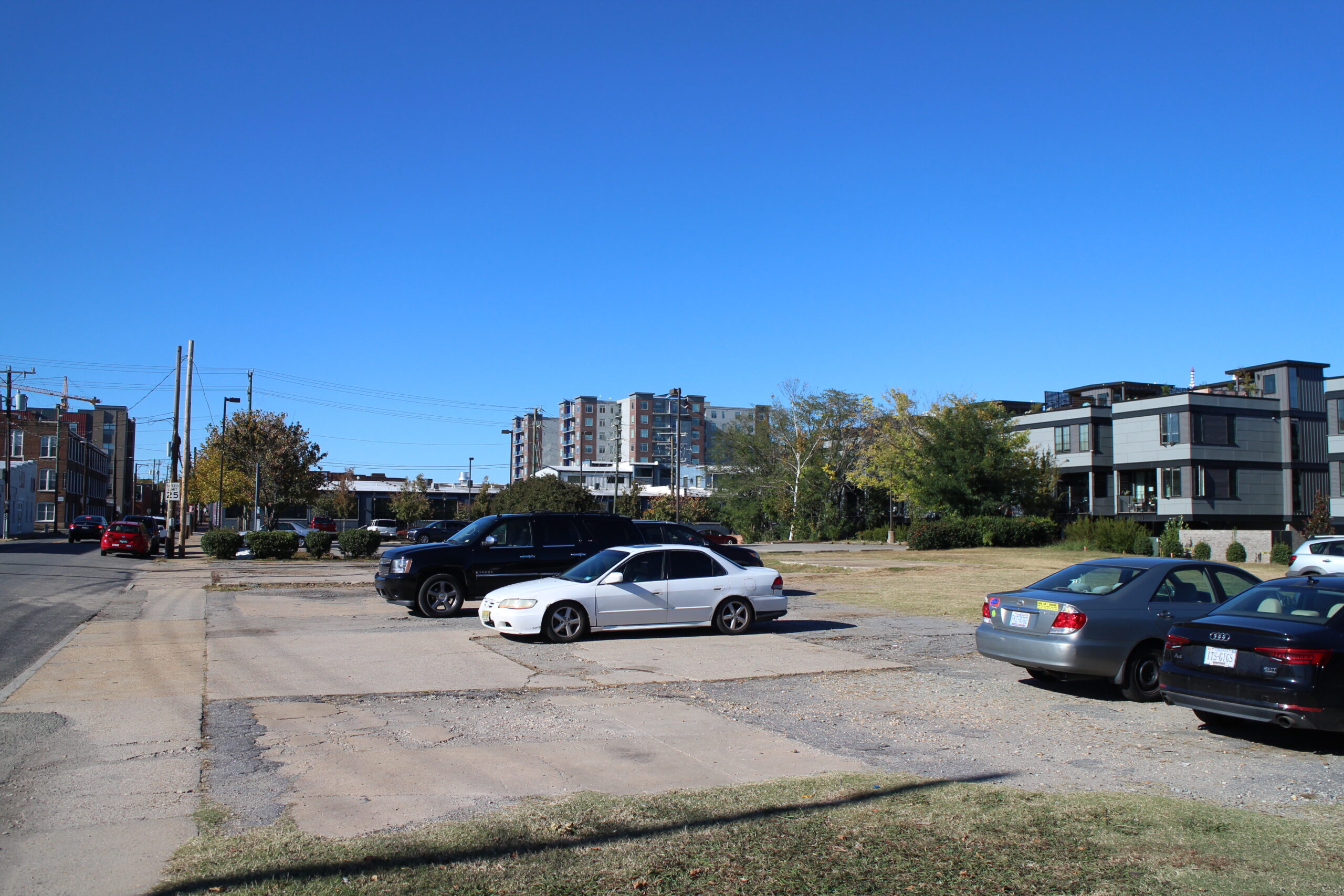 A 173-unit mixed-use apartment building will rise on land being used for parking. (Mike Platania photo)

Capital City filed plans for the Commodore in the spring, marking its entrance into the Richmond market. The company’s portfolio counts seven other multifamily projects, all of which are in D.C., Maryland or Atlanta.

With the Manchester land now secured, Chris Love, a director at Capital City, said they’re looking to get construction going in short order.

The Commodore will reach five stories and include a two-level, below-grade parking deck. On the ground floor will be a 3,500-square-foot commercial space. Love said it’s too early to say what type of commercial tenant they’d like. 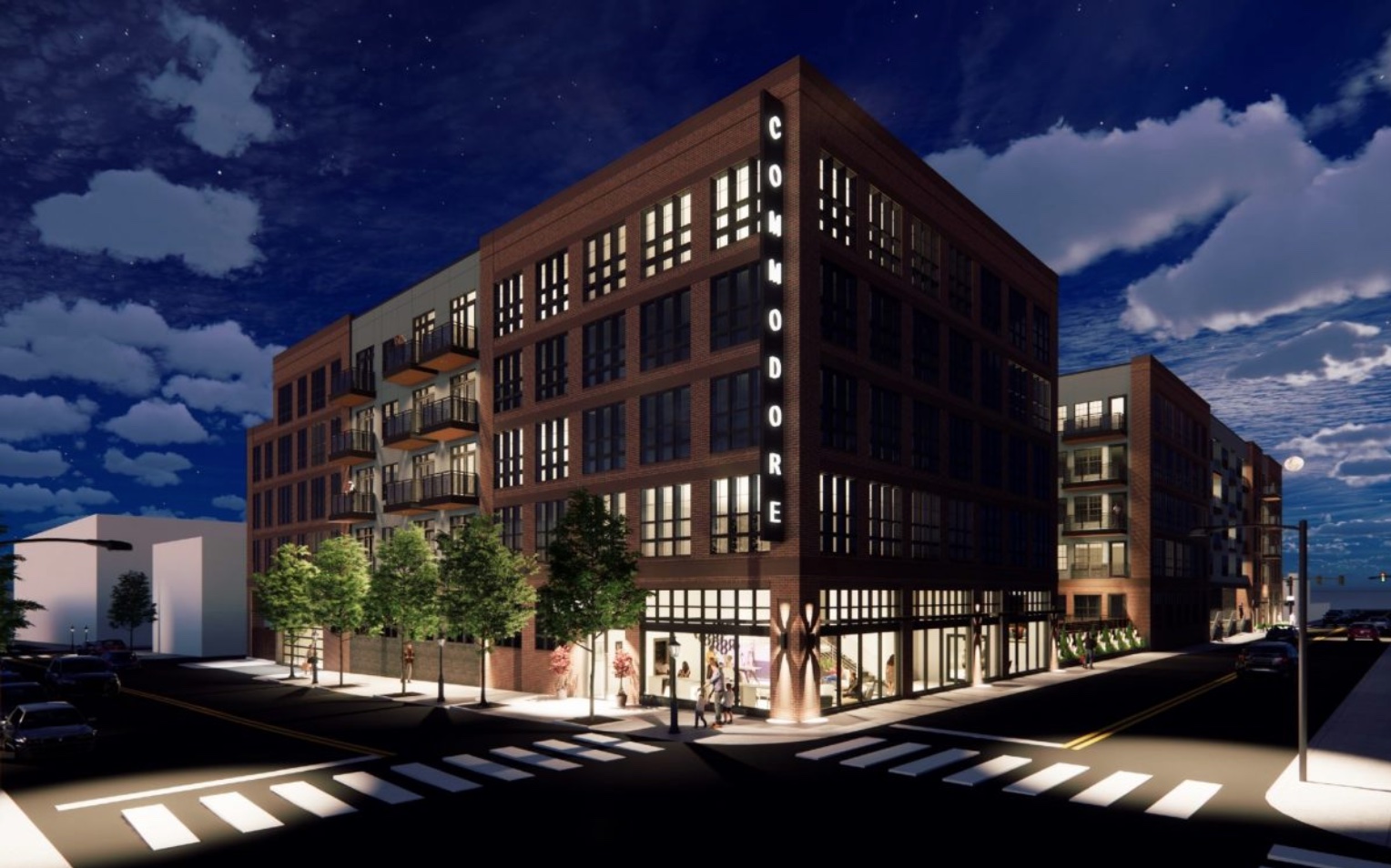 A nighttime rendering of the building that will be called the Manchester Commodore.

He said they anticipate the first units at the Commodore to be completed in late summer 2023. In the meantime, Capital City has its eye on other possible projects in the region.

The Commodore is one of many new apartment buildings being planned for Manchester, including two new projects from local developers.

Thalhimer Realty Partners recently filed plans for an eight-story, 271-unit building to rise on a surface lot at 423 Hull St., and across the street Fountainhead Real Estate Development and WVS Cos. are planning to redevelop part of the Plant Zero complex into over 200 apartments and townhomes.

Land deal paves way for another apartment building in Manchester