With home remodeling projects on the upswing and supply chain issues, homeowners are seeing prices go up for updating kitchens, bathrooms and beyond.

The hard truth is those costs might be higher in Minnesota than the national average, according to the Minnesota chapter of the National Association of the Remodeling Industry (NARI).

Some Minnesota NARI members are critical of widely published national estimates — such as a $25,000 price tag for an average kitchen — that they say don’t take into account regional differences.

Beatrice Owen, executive director of NARI-MN, said several factors — including aging homes and extreme weather — play a role in driving up costs in the North.

“Minnesota has an older housing stock with [about] 65% of homes over 50 years old. What does that mean? We typically don’t have as much insulation as we probably should have,” she said. “With the cold weather, as we’ve witnessed in the last couple of weeks, we have some variability that other locales don’t necessarily have. We have really dry weather, then we have really moist weather.”

Having to make sure electrical and plumbing systems are up to code and, in some cases, taking on lead paint abatement also can add to the costs of remodeling.

Cities and counties in Minnesota also might require permits for different stages of a home remodeling that other parts of the country typically do not, added Bjorn Freudenthal of New Spaces in Edina.

“There are added costs associated with permits and removal of hazardous materials,” he said. “Take that and compare it with Texas, where you don’t have the licensing permit type of scenario, those places become a little bit more like the wilder West so the costs of remodeling are lower.”

To set a realistic budget for Minnesota home remodeling, local experts from NARI offered these tips:

Identify the project scope. Create two separate lists — one of wants, one of needs. Then determine your ideal budget. “Get your bids after you know what the project is,” said Michael Anschel, principal of OA Design+Build+Architecture in Minneapolis.

Meet with remodelers. Get a few estimates. That will give you a true sense of the scope of the project and allow you to compare costs. It will also help determine whether you’ll need to hire an installer or general contractor, said Barak Steenlage, co-owner of Anchor Builders in St. Louis Park and president of NARI Minnesota.

Beware of low estimates. If it sounds too good to be true, it might be. Online estimates don’t typically account for regional variations. Such virtual estimates may not factor in the overall plan, design, existing conditions, labor, permits as well as the removal of hazardous materials like asbestos and lead paint, said Freudenthal.

“Bad contractor stories come from people cutting corners and hiring unqualified people,” Anschel added. “When you’re paying bottom of the barrel, there’s no bandwidth for the contractor to solve problems.”

Make sure you have the proper permits. Find out if your project requires a permit from your city or county. If so, make sure you or your contractor obtain one. This ensures the safety of the work and its compliance with building, construction and zoning codes. Not only is it the right thing to do, but ultimately saves costs in the long run.

“If a homeowner or contractor doesn’t pull permits and something goes wrong, the homeowner is liable to fix the problem,” Anschel said. “This additional cost could be a large percentage of the original job, and maybe more.”

Tue Mar 29 , 2022
Lover’s Lane Pool at Dumbarton Oaks in Washington, D.C. Roger Foley Beatrix Farrand, 1 of America’s biggest landscape architects, was born 150 decades ago. The anniversary arrives at a excellent time to rejoice her operate: many of her significant gardens are undergoing in depth restoration, a formerly non-public garden is […] 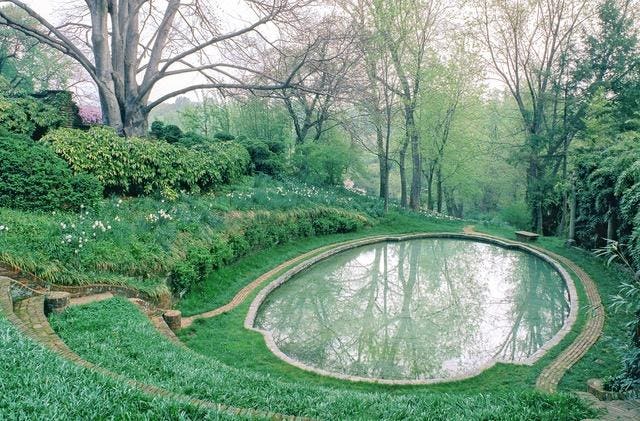 How new US tax credits, rebates will get the job done for clear vitality house updates

How can I make my dining room feel cozy? 9 pro design and style ideas

Some important facts about roof replacement

Developing expenditures have soared. Is it time to abandon my home renovation designs?