Home sales in Miami increased by more than 20 per cent last year according to Savills – and that trend looks set to continue. Even before the pandemic, Florida was already the US’s largest market for overseas buyers, but what has added heft to the demand is the number of Americans now relocating to the area. Attractive tax benefits and opportunities to work from home have transformed what was once largely a holiday destination, and the Miami Movement – a phrase coined by mayor Francis Suarez – has had an impact at the top end of the market as resettling tech and financial services such as Goldman Sachs and Blumberg Capital convert the city and its surroundings into a new financial hub. Despite an array of top-of-the-range developments – such as a five-bedroom condominium on Brickell Avenue on sale at £29.5mn through Knight Frank – there are not enough luxury homes to go round, and fierce competition has transformed Miami-Dade’s Fisher Island into one of the wealthiest postcodes in the US.

The energy website Uswitch reports that Buckingham Palace has estimated dual-fuel outgoings of about £1.1mn a year, while some UK manor houses (with a pool) cost more than £30,000 to heat and light – a drawback to owning expansive property that can only intensify in the face of rising energy bills. In London, big city developers are adopting sustainable initiatives with this in mind. Chelsea Barracks, recently named the most sustainable development in Europe, is one of 16 schemes in the world to be awarded the LEED Platinum eco accreditation for neighbourhood design, with its homes benefiting from wastewater recycling and smart energy meters (townhouses start at £38mn through Knight Frank and Savills). Meanwhile, 80 Holland Park (from £5.95mn, through Knight Frank and Savills) offers lower running costs through fixtures such as solar panels and on-demand power and heat.

The UAE government’s decision last November to introduce a five-year multiple-entry visa is an added incentive for Dubai house buyers, complementing the cosmopolitan lifestyle and competitive pricing that has not yet fully recovered from its 2014 high. According to the Knight Frank 2022 Wealth Report, prime property prices here rose by 44.4 per cent in the 12 months to December 2021, with international buyers focusing on Dubai’s most exclusive neighbourhoods such as Downtown and the Palm Jumeirah, where Knight Frank is selling Six Senses Spa residences from Dh9.4mn (about £1.9mn).

A housing shortage has been a perennial problem in Monaco, favoured haven of Europe’s super-rich, but solutions are now being found. Besides architect Renzo Piano’s tower at Mareterra, the principality’s €2bn eco development reclaiming land from the sea, there is Bay House, which is being built on the Principality’s last remaining large-scale building plot in the heart of Larvotto. Scheduled for completion in 2024, the development offers a rare opportunity to purchase one of the 56 apartments or five villas with rooftop terraces, priced from €17.5mn through bayhouse.mc, each with a private pool and large terrace overlooking the Mediterranean. 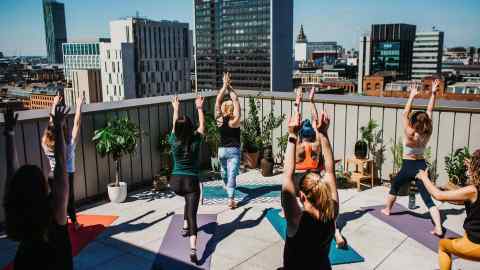 Evidence suggests a U-turn among prime-property buyers who were part of London’s great 2021 exodus to the countryside. According to Savills, the final quarter of last year was the best ever recorded for property over £10mn, and most of those buying were spending £20mn-plus. Traditionally favoured locations – such as Chelsea, Belgravia, Knightsbridge, Mayfair and Kensington – continue to be a focus, but new interest in flexi-working space and rus in urbe greenery have widened the net to areas such as Battersea and Hampstead. This year, Mayfair (where Harrods Estates is selling a mews house in Adams Row for £11.95mn) is expected to benefit once the delayed Elizabeth Line opens its Bond Street station, enabling fast, easy access to Heathrow.

5 Kitchen Style and design Developments You are going to Appreciate

Thu Mar 31 , 2022
Photo courtesy of Zuern Constructing Products and solutions and Style Centre FROM Counter tops TO TILE, the latest traits in kitchen design are continuously evolving. For some insight, we spoke with Courtney Hengst, a style professional with Zuern Building Solutions and Design Middle, about the most common seems to be […]